As someone focused on soil health, I was struck with the idea that they were looking through the wrong end of the binoculars. If you look through the large lenses, the objects in the distance will seem smaller and more distant than they actually are. This is the opposite effect of what you usually want.

In the same way, agriculture can contribute to the problem or the world’s largest carbon sink. One end of the binoculars focuses on the problems and being less bad, the other end focuses on the opportunity to do good.

Narrowly focusing on being less bad, puts the emphasis on reducing the carbon footprint of farmers and food processors. And we miss the large opportunity to change agriculture. With systems thinking, focusing on how humanity can solve problems, we can’t help but come to regenerative agriculture. Focusing on soil health, specifically fungi and other soil microbes, one is struck by how soil microbes can absorb CO2 and methane.

Impact Stars has a short video, which helped me understand this shift, from Being Less Bad to Doing Good.

Watch for news in late May, as a paper will be presented to the EGU that provides evidence that American farmland moving to regenerative agriculture can offset not only the total carbon footprint of the US, but significantly more.

RegenIowa has set a goal of moving 1 million acres of Iowa farmland from chemical fertilizer farming to regenerative agriculture, based on fungi and other soil soil microbes, by 2025. SymSoil Inc’s Iowa Production Hub  will be providing the locally sourced soil biology. SymSoil is a California B-Corp, which has been named one of the AgTech Rising Stars of 2019 and one of 5 growth companies sponsored by the President of the University of California’s Office of Innovation in the Extreme Tech Challenge of 2021.

RegenIowa is a non-profit seeking donations, through our home page. SymSoil Iowa Production Hub is also seeking support through a kickstarter campaign and offers accredited investors Limited Partnerships which participate in cashflow from the production hub.

RegenIowa restores the indigenous soil ecosystem and seeks to convert 1 million acres from conventional, fertilizer based farming to biological farming by 2025, in Iowa. This is done with soil conditioning, minerals and a combination of a broad biodiversity of local fungi, protozoans, bacteria, microscopic insects and other soil life. This microbiome cycles plant nutrients which feeds plants the way nature intended. Mitigating climate change and better food are additional benefits. View more posts

One thought on “Agriculture’s Carbon Footprint” 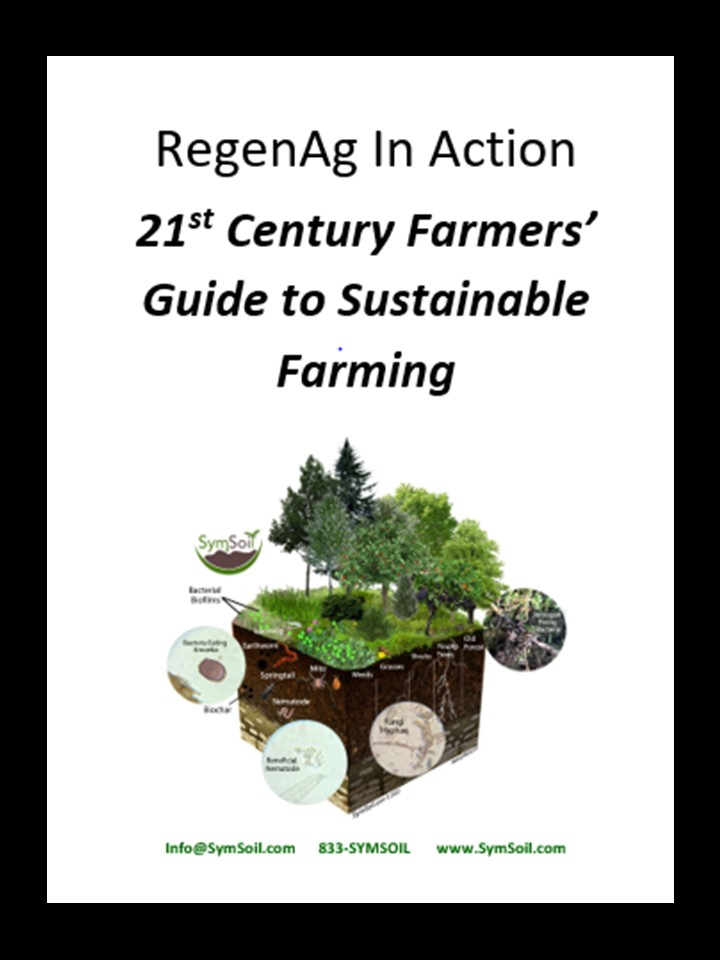 Thank you for supporting soil health and the planet. 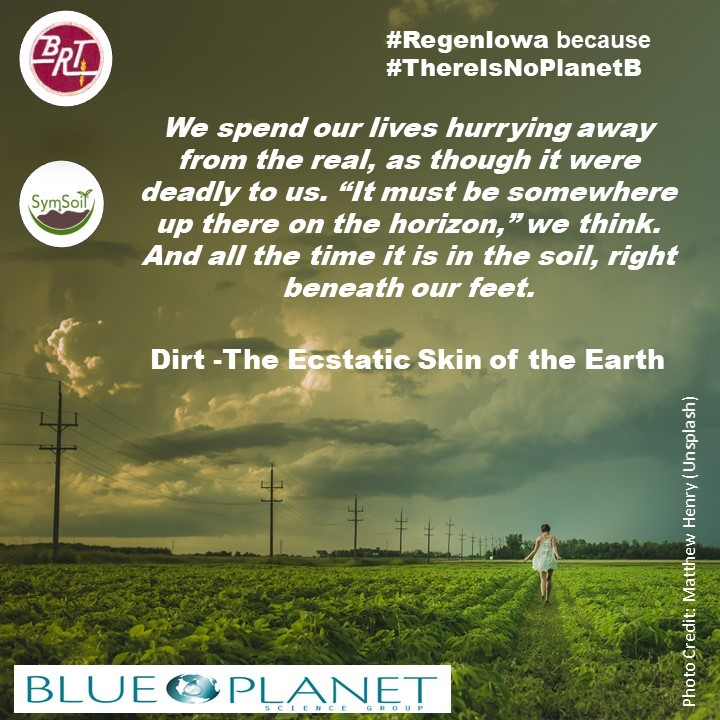 We are seeking funds to support our expansion into Iowa through a Kickstarter campaign.  By downloading this guide you have agreed to receive our solicitation.

We will not sell your information and, you will have the option to unsubscribe if you no longer wish to support Regenerative Agriculture.